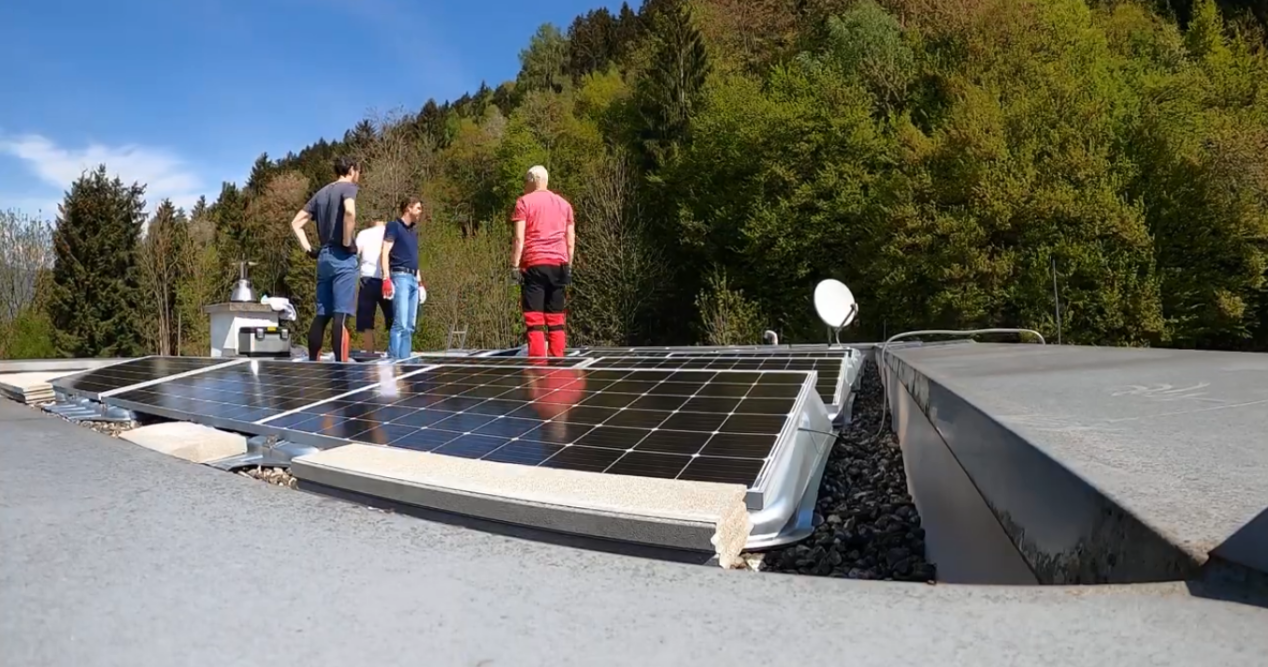 Photovoltaics (PV) is the most popular form of renewable energy across Europe, and its use is growing rapidly worldwide, mainly because climate change and resource scarcity are on the agenda of all governments and large companies in the world. Given recent fluctuations in energy markets and the increasing importance of initiatives to reduce carbon dioxide emissions, the number of large flat roof solar powered generator systems will continue to increase as local authorities and businesses seek to reduce their carbon dioxide emissions and secure energy supplies for the future.

In the construction industry, specifications for photovoltaic systems all too often focus on energy generation and the yields of the solar system. Every solar designer or planner should place the same emphasis on installing the rooftop system using methods that affect the building and its waterproofing as little as possible, so that the system reaches its maximum potential throughout its lifetime.

Large flat roofs on commercial and industrial buildings can be optimally used for high-yield solar power generation – provided that the special features of the flat roof construction are taken into account. Various systems offer an optimal solution for a particularly efficient installation of solar modules. A special form is needed, which enables advantages in terms of loads and costs of a photovoltaic system. An assembly system should put little strain on flat roofs.

The dimensioning of a PV system can be determined by the overall goal of the project. In any case, the size of the plant is determined by the energy consumption of the building, the unshaded roof area and the client’s budget. People also usually use the solar power calculator to calculate how many solar panels need to be installed.

The durability of the waterproofing system is crucial, and its lifespan should match that of the PV system, and it should be able to withstand additional access requirements for maintenance.

There are two options for attaching a PV system to a flat roof: load or mechanical fastening. A system with a load brings extra weight to anchor the system to the roof, while mechanical systems are attached to the ceiling and penetrate the roof cover.

If the PV modules are raised at an angle of 20 degrees, the shading distances are reduced and the power/m2 is increased.

A flat roof is often a wasted resource and is unlikely to be shaded. This makes a flat roof the ideal location for a PV solar panel system. A PV system (Take a 800w high power solar panel for example,not small solar panels) is safe and easy to install and provides energy close to the place of consumption. The vast majority of flat roofs Roofs are not at eye level and therefore the PV system is usually hidden from street level. Large commercial or public buildings often have flat roofs as well as the most suitable energy profile to install a profitable PV system. The integration of photovoltaic modules in a flat roof construction brings all the advantages of low-maintenance generation of renewable energies.

The dimensioning of a PV system can be determined by a number of factors. In new construction projects, meeting the requirements for the energy efficiency of the building is often the main factor that determines the size of a plant. The size of the plant is determined by the efficiency of other elements of the building design. Therefore, it is important to determine the available roof area and what can be achieved on this area. The maximum performance of the system can therefore be determined as early as possible and help to make decisions about other building elements.

Even if this is often not taken into account in new construction projects, the optimal return on investment is achieved if the system is dimensioned in such a way that it is adapted to the energy profile of the building. When building new flat roofs, the availability of roof surfaces in the concept phase should be taken into account in order to facilitate the subsequent installation of off grid solar systems.

In urban areas, the inclusion of a green roof as well as a photovoltaic system can be a prerequisite for the building, which can present the planner with the challenge of how to install the PV system on the roof surface. Where the roof area is limited, the two technologies can compete for the space, so that the green roof and the PV system can be used on the same area. Ideally, the solar panels should be above the one above the substrate and vegetation so that the plants can also grow under the panels and get enough light and moisture. The selection of vegetation and growth height is important so that the plants do not cast shadows on the PV modules.

The weight load of the various systems and installation methods can affect the construction, whereby a ballasted PV system on a building in an exposed position can cause loads of up to 160 kg/m². This is compared to other methods of solar powered generator, which only impose up to 9 kg/m². The selection and design of a safe system or the parapet height required for safe maintenance access can also have an impact on the weight.

Where is the Frame Number of a Mountain Bike?

Everything You Need to Know About SSL Certificates