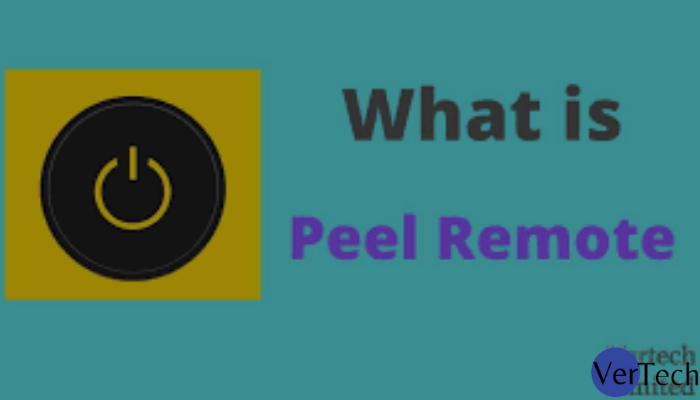 Would you like to know what the Peel Remote app actually does? Or do you want to uninstall or deactivate it? Then take a look at our step-by-step instructions. We also show how annoying app notifications can be avoided from coming to your device.

What is Peel Remote?

Peel Smart Remote and Peel Universal Remote are two apps that make it possible to control the TV and many other devices with the smartphone. It combines all other remote controls and thus makes them redundant.

The application has been downloaded over 100 million times from the Google Play Store. But due to specific reasons, it has been removed from the Play Store.

What Does Peel Remote Do?

There are many other benefits of this application, and some of them are listed below:

Peel Smart Remote can control a wide variety of devices in the house.

In addition to the remote function, the app also offers the option of expanding the smartphone’s lock screen with other useful functions. These can be activated and deactivated whenever you want.

REQUIREMENT: The smartphone must be in the same network as the respective device. Devices without network access can therefore not be controlled remotely.

Also Check: Cqatest App What is it?

How to Uninstall Peel Remote?

The “Peel Smart Remote” app is pre-installed on the Samsung Galaxy S5 at the factory. Due to the high battery consumption and the sometimes annoying app notifications, many would like to uninstall or deactivate this app.

NOTE: In the case of smartphones on which the Peel Smart Remote app is already preinstalled, this app cannot be uninstalled without rooting the smartphone. Alternatively, it can simply be deactivated.

Peel isn’t the only company that offers remote control apps. Nowadays, almost every television manufacturer has its own app that replaces the remote control. However, these only work with products from the respective company. In addition to Peel Smart Remote, there are a few other apps that are all-rounders:

No more searching for the remote control, no more operating numerous remote controls, everything is practically combined in a single app. However, only those who own an Android cell phone can be happy. Peel Remote app is not available for Windows smartphones and only serves as program information for iPhones. But Android users are also increasingly complaining about the app, as it generates highly annoying pop-up advertisements. This has led many users to uninstall the app again. But if you can live with it, you will be well served with Peel Remote.

Cqatest App What is It