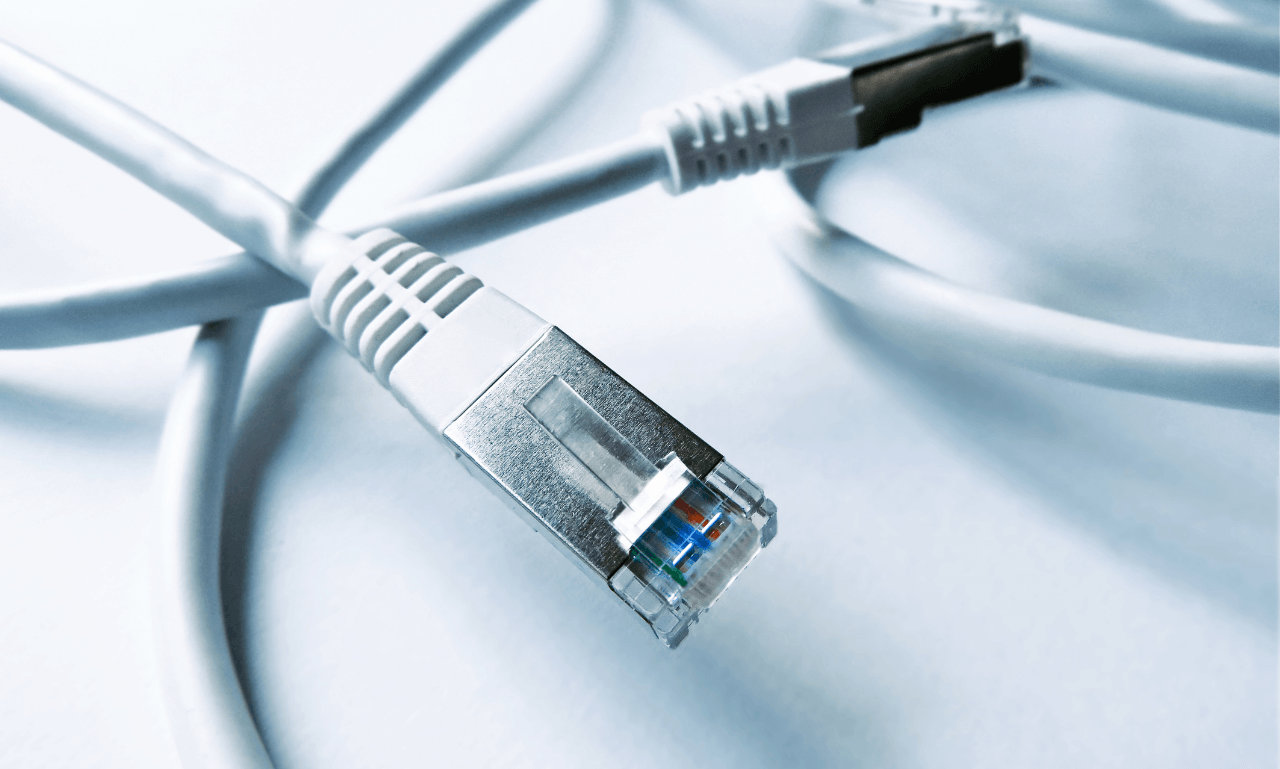 Cat6 plenum cable is a highly durable twisted-pair ethernet cable. Its plenum-rated jacket is designed to withstand extreme environmental conditions such as heat, humidity, cold weather, etc. Therefore, its plenum-rated (CMP) jacket is thicker than a riser or any other cable jacket, except direct burial LLDPE. A shielded cable has an extra layer of protection against electromagnetic interference (EMI) and external noise.

This additional layer of protection is known as shielding. Although it enhances the performance of the cable, it also makes it a bit tricky to install. Cat6 shielded plenum cable, with its plenum-rated jacket and shielding underneath it, can be quite tricky to install. Its unshielded (UTP) counterpart on the other hand can be relatively much easier to run.

To know whether you need the shielded Cat6 plenum or the unshielded, you need to understand the ins and outs of the Cat6 cable first.

Cat6 ethernet cable is the 6th category of twisted-pair cables. It comes in pure copper as well as copper-clad aluminum cables.

This cable can relay data at up to 1 GBit/s over 100 meters with a 550 MHz bandwidth. If run at up to 50 meters, its data transfer speed can be increased up to 10 GBit/s. In addition to high-speed data transfer, Cat6 cable with bare copper conductors also supports Power over Ethernet applications.

The shielded Cat6 plenum cable features additional one or two types of shielding’s. The first one is a braided wire mesh. And the second type is a metal foil which is usually aluminum.

Shielded Cat6 plenum cable can feature either one of the two types of shielding or both simultaneously. In any case, the shielded cable 1000ft delivers impeccable performance and the smoothest data transmission.

To reiterate, the main purpose of shielding is to prevent EMI and external noise from interfering with signal transmission. It does this by either reflecting or absorbing the incoming or outgoing interference.

Another important point to note about this shielded ethernet cable is that it costs more compared to a regular Cat6 cable. Integrating the shielding underneath the cable jacket takes time and capital which raises the price of the Bulk Cat6 shielded cable.

Unshielded Cat6 plenum is relatively lighter to carry and pull. It does not have the additional shielding underneath its plenum jacket. Being an unshielded cable, it entertains more interference and external noise. While this results in relatively less efficient data transmission, the Cat6 UTP plenum cable still performs quite remarkably.

Its tightly twisted conductor pairs and the pair separator helps in maintaining a minimum amount of interference while also keeping the cable within affordable price ranges.

Over long distances and in crowded networks such as data centers, this cable will entertain even more interference. That is simply because of the greater amounts of interference at greater lengths and a greater number of cables.

Pros first: well the shielded cable 1000 ft is one of the most efficient twisted-pair cables for wired data networking and communication. It is protected by its shielding from environmental uncertainties which enhances its durability and increases its lifespan.

Cons now: it is hard to install, heavy, and costs relatively more. But on the brighter side, if you know how to run this cable, it is anything but difficult to install this shielded Cat6 plenum.

Pros of the unshielded Cat6 plenum are that it is easy to install, affordable, and its performance is also quite impressive. As mentioned earlier, this cable does not have the extra layer of shielding as in STP cables but it still ensures a minimum interference. Pertinent to mention here is also the fact that it does not surpass the shielded Cat6 in performance despite its smooth performance.

Cons of the unshielded Cat6 plenum cable are its vulnerability to EMI and external noise in long-distance applications. Also in crowded networks, its performance could stall a bit because of the excessive interference in high cable density networks and over long-distance transmission.

Which One to Use?

In small-scale applications such as in homes or offices, the unshielded Cat6 cable can work best. Since it is easy to install, you can pull and run it yourself. It is also affordable and performs impeccably in fewer interference environments. So the UTP Cat6 plenum is ideal for small-scale use. And for use in long-distance transmissions, in high interference environments, the shielded cable 1000ft is the ideal choice. It may not be the easiest of ethernet cables to install but once installed, it will work perfectly for years to come.

In short, you can use either one of the unshielded or shielded Cat6 plenum cables depending on whether you need it for small-scale or large-scale applications.

How to open react developer tools in Chrome?