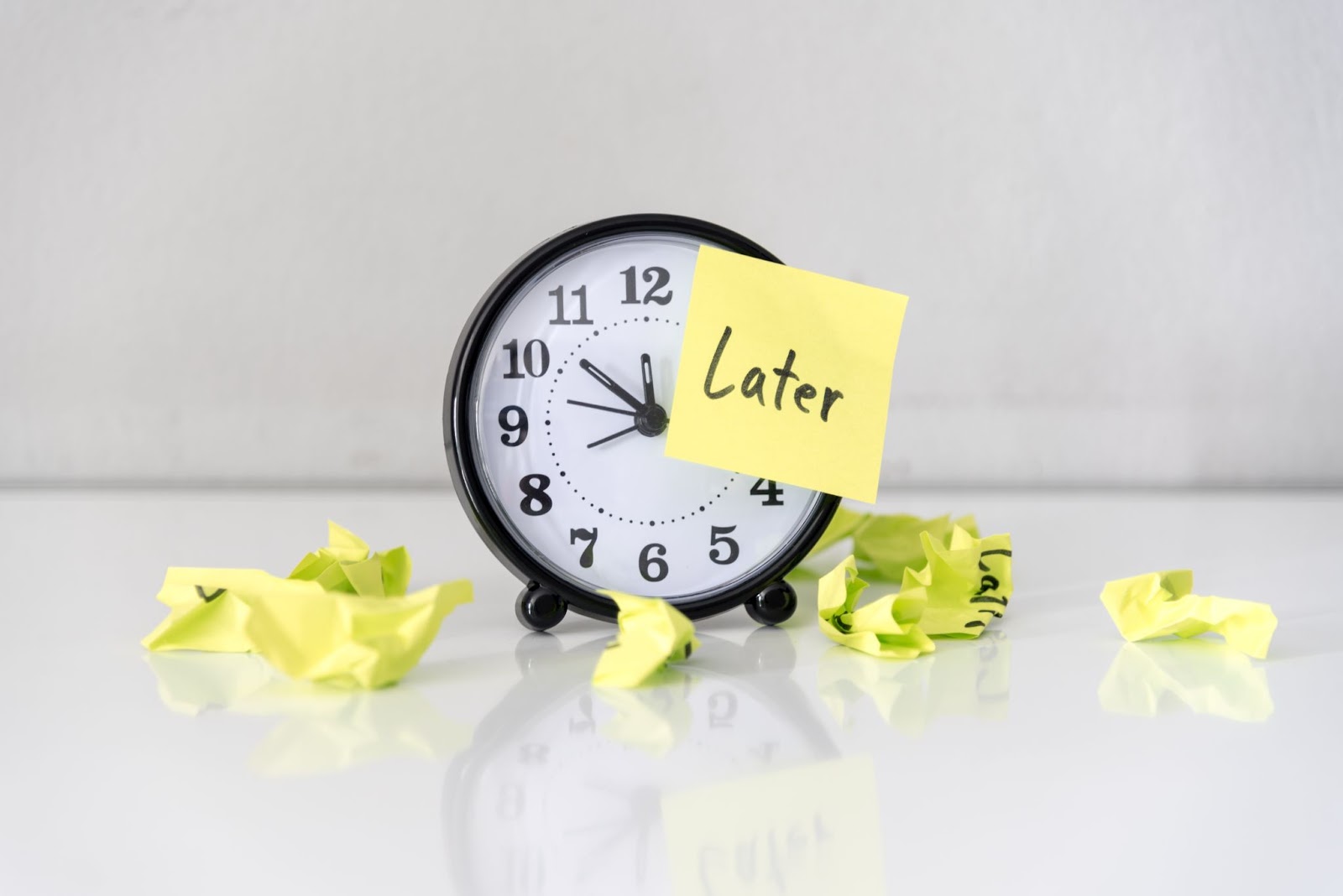 We all have days where we don’t feel like getting down to work and keep putting tasks off because we’re feeling tired or overwhelmed. It’s normal to feel like that from time to time. It’s only a problem when it becomes a habit or when you always do it. Habitual procrastination keeps you from getting much done, and it can cost you a lot in the long run. In this article, we’ll discuss 16 ways to avoid procrastination and overcome laziness.

Differences between procrastination and laziness 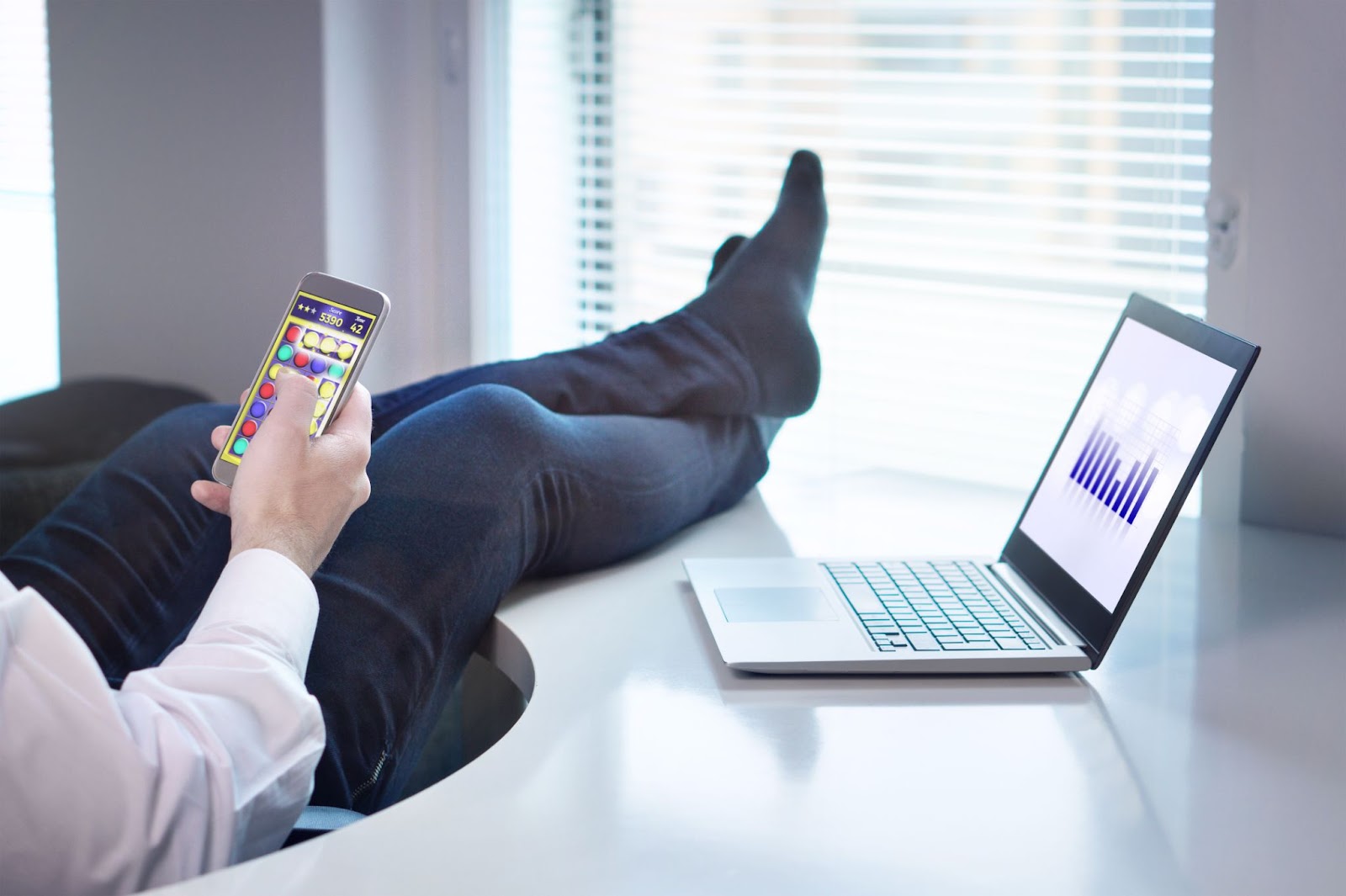 Laziness is an unwillingness to work, even when you have the capacity to, while procrastination, refers to doing other things instead of the ones you should be doing.

Laziness is always bad, but procrastination isn’t always bad because you might decide to postpone a task for good reasons. You could be saving your energy for when you are fully rested or in a better mood. If you’re putting off the task because there’s something great to watch on netflix, that may not qualify as a good reason 😅.

Whether you have identified laziness or procrastination as your problem, you’re not alone. If you want to change it, it’s not too late. Here are some things you can do to stop being lazy or putting things off.

1. Resolve to change the habit

Things are unlikely to change unless you internally commit to making the change. You must reach a point when you say, “enough is enough.” Everything gets easier once you make this choice. It may help to share your commitment with a friend/accountability partner/coach.

Why are you putting off tasks until the future? What feeling does the task assigned to you generate? What goes through your mind? If you honestly answer these questions, you will find the root cause. Generic suggestions to “get motivated” won’t be effective but if you can identify the specific issues that get in your way, you’ll be more likely to move forward quickly.

3. Work on the cause

After identifying what causes you to procrastinate, you should work on overcoming it by doing exactly the opposite of that feeling or thought.

If, for instance, you postpone a task because it looks daunting, you should overcome this by tricking yourself to start. You can say if I spend 5 minutes with it and I still don’t like it, I’ll do something else. Most times you will not stop because what you needed was the initial push to start.

Another thing you can do is break the task down to the smallest step and start with that. It is harmless but enough to trigger you to finish the task.

The bottom line here is that you should find more reasons to do the task, not why it can’t be done.

You may be putting off your task because you do not have a plan for all the tasks that must be accomplished. You do them as they come, so you are easily distracted between must-do and can-do tasks.

In your to-do list or planner, write all your tasks, and assign priorities to each. You can use a scale of 1-10 or low, medium, and high priorities to identify tasks that should be done immediately and those that can be done later.

Putting a deadline on a task gives you a sense of urgency and makes you act quickly. So you should give each task on your to-do list a time frame within which it must be achieved.

However, the time frame should be realistic and not too soon or too far in the future. The fear of not meeting the time frame or the feeling that there is more than enough time can make you not do anything.

What do you fill your time with when you are lazy or putting off tasks till later? Watching movies? Checking social media? Watching TV programs? These are the distractions that need to be eliminated.

Sometimes we go to the extreme of eliminating distractions, so we cancel our TV and data subscriptions to maintain control.  This might seem extreme, but if it works for you, you should do it. If nothing is distracting you or available for you to while away time with, you may get bored of idleness and want to do something more productive.

Distraction blocking tools like Focus Bear can be helpful.

7. Use a time management tool

Sometimes the cause of procrastination is that you have poor time management. Try using a time management tool like to-do lists, planners, and apps to plan your time.

A time management app will allow you to plan the tasks you want to do, set the time you want to spend on each task, and notify you when the time is exhausted. Some, like Focus Bear, will prevent distractions by blocking notifications, apps, and websites you don’t need so that an hour of work is used for work.

8. Get someone you are accountable to

When you are accountable to someone, you are likely to accomplish more because you have an extra reason to complete the task: “I have to tell him/her about it.”

Your friend or spouse can become your accountability partner. You can also join online groups on Facebook or forums related to procrastination and laziness, to help you get over it.

9. Strengthen your “why” for the task

You could be postponing taking on a task because you don’t have a strong reason for doing it right away or doing it first. If you do this, you may develop a nonchalant attitude toward the task.

When you reach a milestone at the right time or finish a task before time runs out, you should celebrate and treat yourself to something nice, like playing your favourite game for a short period or resting.

Working on several tasks at a time can drain you quickly when trying to overcome laziness and procrastination. The task becomes confusing, overwhelming, and tiring. It is best to focus your strengths on one task at a time if you want to be productive. You will achieve more by single tasking.

12. Do difficult tasks at your peak energy levels

Productive people work on challenging tasks when they are at peak strength and do the easier and more interesting ones as they wear out. Some say they have peak performance in the morning; others say it is at night or dawn.

You should identify when you are at your peak and assign challenging tasks to this period. There are tools available to identify your “chronotype”.

If you feel that the habits of laziness and procrastination are getting out of hand and you have tried self-help to overcome them, but it’s not working out, then it’s a good idea to seek professional help.

It’s helpful to have some examples to follow.  Some people had procrastination problems, but they chose to face them and overcome them. You can learn from their experience. By having an example, you know what to do and what to avoid, so overcoming becomes easier.

15. When you find yourself procrastinating, involve yourself in productive things

It takes time to grow out of the habit of laziness or procrastination, and as expected, once in a while, you’ll fall back into the habit.

When this happens, “productive procrastination” can help. This is where you find an activity that has some value (e.g. cleaning the bathroom) and do that instead of the difficult task you’re avoiding. It’s most useful if the task you do requires little mental effort. If you’re facing a mental block when you try to work on a difficult report, spending some time cleaning the bathroom may allow inspiration to strike. When you’re done, you’ll have plenty of ideas for how to write the report.

You are more likely to postpone a task or be lazy when tired, so always give yourself 8 hours of sleep at night. You should also schedule breaks between your tasks while working, so your brain isn’t completely frazzled by the end of the day. The best type of break is one that is away from your computer: lie down and have a power nap or go for a walk.

How To Avoid Procrastination And Overcome Laziness Using Focus Bear 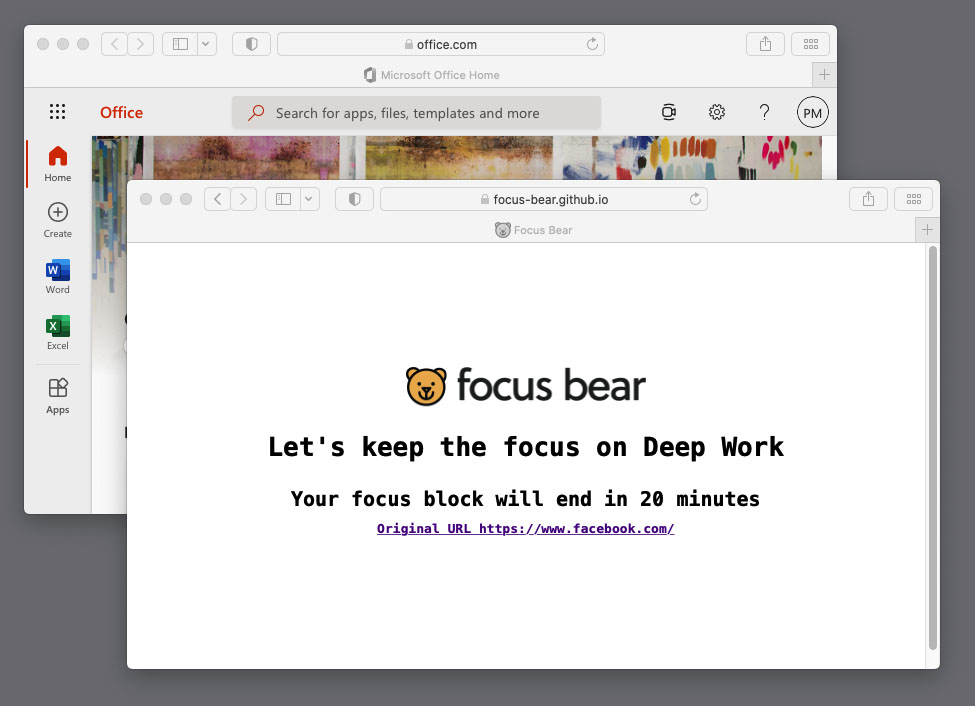 Focus Bear is a great option when you want to control procrastination or laziness that happens because you get distracted easily. It was built by someone with ADHD though anyone who struggles with focus can benefit.

After selecting the task you want to do, the time frame, and the apps you’ll need, the software regulates what happens afterward. It gives you access to only what you need for the task, while others are considered distractions, so they are blocked off until the end of your focus session.

Focus Bear also reminds you when it’s time to do your morning exercises and schedules breaks between tasks to keep you from working too hard.

If you stay dedicated to this app, in no time, you will be able to cultivate the habit of focusing on one task after the other and develop the ability to know when the time spent on a task is enough.

Procrastination and laziness are big enemies of productivity, and you should try to overcome them by following the methods we have discussed above.

Some people have been where you are now, but their decision to change steered their lives on a new course. As fate would have it, they became highly successful and celebrated because of the unique things they could achieve. This video about Steven Hawkins will encourage you.

It’s your turn now. Decide to make a change, focus on what you love, and give your best to it. It is possible and never too late to change your success story.

How to Make an Awesome Slideshow Video