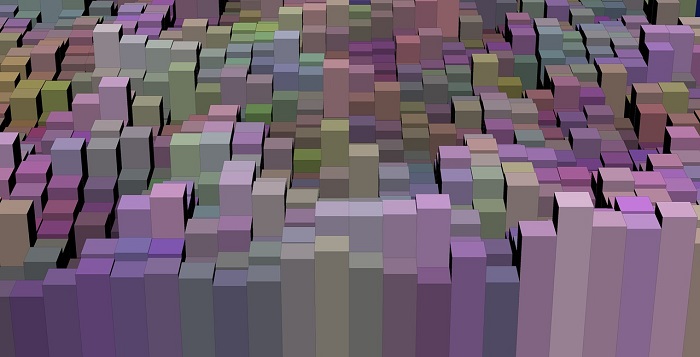 3D texturing is the process of adding textures to 3D models. Can use this for various purposes, including video game development, product design, and advertising. To create realistic textures, it is important to understand the principles of light and shadow. This blog post will discuss the basics of 3D texturing and provide examples of using it in different applications.

What is 3D texturing, and what are its uses?

3D texturing is a digital image-processing type used to add detail and realism to 3D models and objects. It is one of the most important steps during 3D modeling and animation, as it gives the virtual object realistic characteristics.

The main purpose of 3D texturing is to give the model a realistic look by adding color, texture, transparency and reflectivity. This allows the 3D modeler to create a lifelike representation of any real or imagined object. With 3D texturing, viewers can easily perceive the characteristics of an object, such as its shape, size, texture, surface finish and other details.

Texturing 3d models are used in various industries, including advertising, product design, film visual effects, game development and architecture visualization. It can also be used for medical imaging applications such as CT or MRI scans so that doctors can better understand the physical structure of their patients’ body parts.

This process involves applying textures on a polygonal mesh which defines the shape of an object. Textures are applied at different points on the mesh to create depth and details. The textures can be photographically based images which are imported onto a computer, or they can be generated within software packages such as Maya or Cinema4D. There are several common types of textures, such as bump maps (which simulate bumps in the surface of an object), displacement maps (which add details by changing geometry), normal maps (which change lighting direction) and secular maps (which add highlights on certain areas).

Manipulating these textures with adequate tools like Photoshop and After Effects can add effects like aging surfaces, scratches or dirt to an object giving it more realism. Additionally, specialized tools like Substance Designer make it easier to create realistic materials for game engines directly from high-resolution photographs in only a few clicks.

How does light affect textures, and how can you simulate it in your designs?

3D texturing adds detail, color, and texture to objects in a 3D environment. You can use it to create realistic surfaces and add special effects such as shadows, reflections, etc. Light plays a major role in 3D texturing as it helps determine how textures look and interact with other elements in an environment. Different light sources have different properties, affecting how they reflect off surfaces and generate shadows.

The use of light in 3D texturing is often referred to as “baked lighting” or “fake lighting” because it is simulated rather than being naturally present in the scene. This type of lighting allows designers to accurately recreate natural light conditions without having to place physical lights in a product’s environment. They can do this using image-based lighting, which uses 2D images to simulate natural illumination. Other methods include:

Using these techniques, designers can accurately replicate the look of natural illumination in their designs without relying on actual lights in the scene. Additionally, this type of lighting can also create stylized looks that could not normally achieve with traditional lighting sources, such as exaggerated shadows or intense highlights across a surface.

When working with lighting for 3D textures, designers need to pay attention to smaller details, such as how directions or colors of lights affect their designs. For example, two different colored lights hitting the same object will highlight different areas or cast shadows differently than one single source would do. Attention to such details allows designers to fine-tune their textures for added realism or stylization purposes depending on their needs.

What are some common techniques for adding textures to 3D models?

UV mapping is one of the most common techniques for adding textures to 3D models. UV mapping works by projecting a 2D image onto a 3D model. This allows designers to accurately paint textures onto their models in a way that conforms to their shape and contours, making them look more realistic. To do this, designers must first unwrap the model into a flat 2D representation of its surface, which is then mapped with an image representing its texture. As the model changes shape or orientation, the texture will update accordingly, creating a seamless flow between the object and its texture.

Another popular technique for adding textures to 3D models is displacement mapping. Displacement mapping works by distorting the surface geometry of a 3D model based on an applied 2D image or pattern. The result is visible bumps or ripples across the surface of an object, giving it greater depth and realism than would be possible with plain colors or basic materials alone. Unlike UV mapping, displacement maps are generated from within modeling programs such as Maya or Blender and are not manually added by hand.

A third technique for adding textures to 3D models is normal mapping. Normal mapping can simulate high-frequency detail on objects without increasing their polygon count by using pre-generated lighting information stored inside an image file known as a “normal map”. Applying this type of map to a model’s surface can make it appear much more detailed than it is; it can further enhance this effect with bump maps that create finer details, such as wrinkles and creases on objects.

Texture painting is another popular choice among 3D artists when they need to add detail to their designs without increasing polygon count or relying on normal maps. This technique works by painting directly onto the surface of a modeled object using digital brushes and tools, just like traditional painters use real paints and canvas in physical artworks. This method provides great control over how each part looks individually and allows for organic shapes and unique patterns that cannot easily achieve through other methods.

How can you create realistic textures for different applications?

3D texturing is a process used to create realistic textures for 3D models and environments used in various applications such as video games, architectural designs, animation, and simulations. It involves the application of detailed textures and colors to a 3D model to look more realistic and believable. Can create textures from photos or be hand-painted with software like Photoshop or Illustrator. With the help of advanced computer algorithms, these textures are applied to the 3D model.

3D texturing can help create realistic environments for video games, animations, and simulations by creating a highly detailed world that looks like it could exist in real life. For example, when creating a game environment that needs to look realistic, artists will typically use 3D texturing techniques to create grass, rocks, trees, buildings, roads and other objects found in nature. 3D texturing is commonly used in architectural designs to render realistic-looking images of proposed buildings or structures.

Creating realistic textures requires artists to choose the right colors that match their scene’s perspective and adhere to specific rules such as proper lighting direction and object placement for an accurate rendering. Artists must also consider how different levels of detail can affect the overall look and feel of the image or environment they’re creating. Proper use of shadows and highlights helps bring out individual details on objects, creating greater realism when viewed from any angle.

When working with smaller objects such as props or clothing items on characters in video games or animation scenes – it’s important for an artist to accurately map out each surface according to its scale relative to other objects within their scene so as not to over exaggerate certain areas. This helps maintain realism throughout an artist’s medium since all elements should look natural together, even when scaled down significantly. In conclusion, 3d texturing is an important process used by digital artists worldwide to create natural-looking environments for various applications such as video games and architectural designs while maintaining realism at all times through careful attention to detail.

Is Marketing Really Important For A Business?

Keeping Tabs On Your Operating Costs