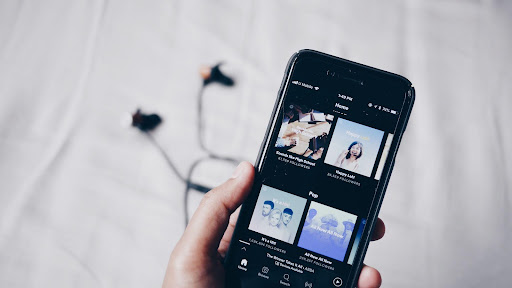 Apple has always been a major player in the technology industry, but their rise to the top of the mobile phone industry is particularly impressive. In just a few years, they surpassed BlackBerry and other brands as the leading manufacturer of smartphones. Here we will take a look at how Apple achieved this feat and what made them so successful in the mobile phone market.

Apple’s first foray into the mobile phone market was with the release of the iPhone in 2007. This was a ground-breaking device that introduced many new features and set the standard for future smartphones; the iPhone was an instant hit, selling over one million units in its first weekend on sale.

What made the iPhone so successful? Firstly, it was the first phone to offer a true multi-touch interface; instead of using a stylus or physical buttons, users could navigate the phone’s menus and applications by simply touching the screen. Secondly, the iPhone was packed with features that other phones at the time couldn’t match; it had a large, high-resolution display, a powerful processor, and access to Apple’s iTunes store for music and apps.

The iPhone was so successful that it completely changed the landscape of the mobile phone industry; within a few years, almost all smartphones were using touchscreens and offering access to app stores. Apple’s competitors, such as BlackBerry and Nokia, were left struggling to catch up.

In Australia, the iPhone was an instant hit, with customers lining up overnight to be the first to get their hands on the new device. Apple’s share of the smartphone market quickly rose to over 50%, and it has remained the market leader ever since. While Apple was gaining in popularity, the likes of BlackBerry were falling behind, and eventually, the once-dominant manufacturer was forced to exit the Australian market entirely.

The success of the iPhone has made Apple one of the most valuable companies in the world, and its products have become a staple in many people’s lives. There is no doubt that the company has had a profound impact on the mobile phone industry, and it looks like its dominance is here to stay.

While other manufacturers have released their own versions of “mini” or “pro” models, Apple’s are still the most popular; this is further evidence that the company has a stranglehold on the market.

Why is Apple So Popular?

There are several reasons for Apple’s popularity. Firstly, the iPhone is an extremely user-friendly device. It’s easy to set up and use, and there are plenty of helpful tutorials available if you need them.

Secondly, Apple devices are extremely reliable. Unlike some other brands, you can usually rely on your iPhone to work perfectly, no matter what you throw at it. Typically, iPhones last for the extent of a contract with a cellular provider and beyond.

Finally, Apple devices have a certain cool factor about them. They are often seen as a status symbol, and people are happy to pay a little extra for the privilege of owning one. Let’s not forget the ability to connect all Apple devices (including iPhones, iPads, Apple Watches, and more!).

All the latest Apple devices are available here at mobilefederation.com.au.

Related Topics:AppleMobile Phone Industry
Up Next

All You Need To Know About Asia Pulp And Paper Manufacturing