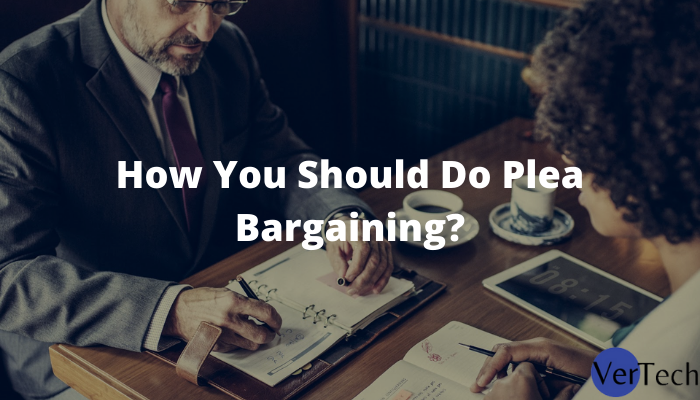 Plea bargaining refers to negotiation between an accused person and the prosecution where the accused or defendant pleads guilty to an offense for a lighter or lenient sentence. A lighter sentence could mean a positive recommendation, a lighter charge, or dismissal of the case. Plea bargaining proponents claim that the process speeds up justice because a case is resolved before trial and guarantees convictions. On the other hand, opponents claim that plea bargains hinder the serving of justice.

A big percentage of criminal actions in the U.S involve plea bargaining because it eliminates the hassles that come with a court trial. Plea bargains are either explicit or implicit; an explicit plea specifies the consequences of pleading while an implicit plea provides no guarantee. If you’re facing criminal charges and you think plea bargaining would be a great solution for your situation, you can consult criminal lawyers in Toronto.

You should have a session with an experienced attorney before entering into a plea bargain. The attorney will evaluate your case and recommend an ideal legal option, depending on your situation. Plea bargains in state and federal courts are handled differently. The judicial system is open to plea bargains for various reasons, such as:

The types of plea bargains include:

Charge bargaining is arguably the most popular form of plea bargaining because the defendant is allowed to plead to a lesser offense than what they were charged for.

For instance, in a murder case, the prosecution can consider a plea bargain by dropping the murder charge for manslaughter. Manslaughter results in death but it’s not a premeditated act hence, a lighter sentence. Murders are premediated and attract stiff penalties.

Fact bargaining is not popular with many judges and they won’t consider applying it. The prosecution agrees to omit “serious facts’ from a case if the defendant pleads guilty to a crime to avoid mandatory minimum sentences. For example, the defendant can plead guilty to marijuana trafficking on the condition that the quantity of marijuana in question will be reduced such as to avoid triggering a mandatory minimum sentence.

As it’s always said, the legal impacts the outcome of a case significantly hence, selecting an attorney should be done with a lot of care. However, it doesn’t have to be complicated, the following can help when considering the qualities of a reliable attorney:

Watch out how an attorney interacts with others to decide whether they’re worth of your consideration. Ensure your attorney is articulate before hiring them and end up losing the case.

Most cases require the services of experienced legal professionals to succeed. Attorneys who have specialized in a certain area of practice are considered more efficient than general attorneys.

If you’re facing criminal charges, a plea bargain could be a great solution for your situation. However, you should consult a criminal lawyer for guidance.