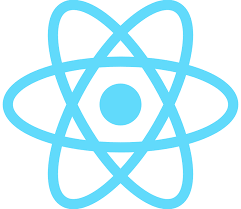 ReactJS is a JavaScript library. It was developed by Facebook back in 2013. The library is maintained by Facebook and a group of developers and companies.

One of the main functions of ReactJS is to build visual interfaces and UI components. React gives developers the ability to create great web applications. Many popular mobile apps use ReactJS like Facebook, Instagram, Netflix, New York Times, Yahoo!, WhatsApp, and so on.

Developer tools are programs that allow you to create, test, and debug software. Modern browsers have built-in developer tools to view the site’s source code. You can view and debug the site’s HTML code. You can also check the network traffic consumed by the site, its performance, and many other parameters. In this article, we will look at the main tools for reactjs developers.

React a Sight is a developer tool that helps you visualize the structure of your mobile app. You can also see the Active Component Hierarchy Tree. React Sight is supported by Redux and React Router.

Reactide is the first IDE dedicated to React for developing web applications. Reactide is a cross-platform desktop application. This cross-platform app is a simulator built for real-time reloading and quickly building an arch of React components. Reactide gives users the ability to visually edit code with a powerful visual UI engine.

Semantic UI is a framework for creating user-friendly and responsive web interfaces. This framework simplifies the development process as it contains a large number of commonly used components such as buttons, icons, images, labels, etc.

Material UI is one of the most popular UI libraries for React. The material user interface is part of material design. Material design is the language of design. It is a visual language that uses design, typography, colors, styles, icons, animations and fluid transitions, padding, and depth effects such as lighting.

Code Sandbox is an online code editor with which you can get your React project up and running quickly. You can use Code Sandbox for various popular JS frameworks like Angular, React, and Vue. This online code editor allows you to build web applications from scratch, and prototype and define solutions in a web browser. With the Sandbox online playground, you can also see how your user interface has changed.

React Toolbox is a collection of React components. React Toolbox implements the Google Material Design specifications. For example, cards, tooltips, checkboxes, boxes, dialogs, font icons, lists, and menus. This library integrates with the Webpack workflow. It’s easy to use. You can create many exciting applications.

Now you know what tools you can use for your development. There are many more, but in this article, we have selected the most proven and useful ones. For help from experts, please visit https://fireart.studio/e-commerce-app-development-company/.