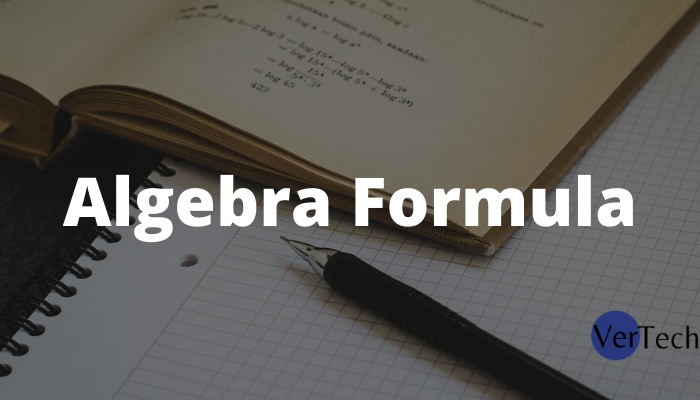 When as students we started learning mathematics, it was all about numbers like Natural numbers, Whole numbers, and Integrals. After that, we started learning about mathematical functions like Addition, Subtraction, BODMAS, and so on. And all of a sudden from class 8 onwards or so, mathematics had alphabets and letters! And so our introduction to algebra began. Today, we will focus on algebra formulas and algebraic expressions.

Algebra includes both numbers and letters. Numbers are fixed, i.e. their value is known. Letters or alphabets that are used to represent the unknown quantities in the algebra formula are now a combination of numbers, letters, factorials, matrices, etc are used to form an equation or formula. This is essential for the methodology for algebra.

Almost every student exclaims that ” ‘I’m never going to use this maths in real life!” while solving algebraic equations. Isn’t it? We often tend to see people using algebra in most aspects of daily life. For example, the people in the market make use of algebraic operations to calculate profit and loss incurred in their business. There are many real-life examples of algebra that are uncountable. This precise and concise mathematical language entwines in such a beautiful way with almost all other subjects and even in daily life.

The combination of the constants and the variables connected by some or all of the four fundamental operations addition (+), subtraction (–), multiplication (×), and division (÷) is known as an algebraic expression.

In an algebraic expression, a term consists of

(ii) only one variable

(iv) a product of both the variable (s)

The 3 main types of algebraic expressions are:

(i) It is based on the number of the terms they contain.

(ii) It is also based on the highest degree of the terms.

(iii) Based on the number of variables that it contains.

How to support a child with learning difficulties in school