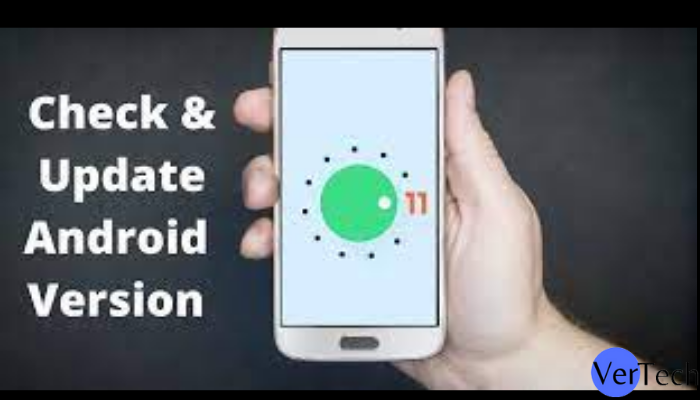 Updating Android version, like any other operating system, is an undeniable boon for every user. But not everyone knows how, when, and even why to do it. I have often come across the fact that ordinary users do not even know which version of Android is installed on their smartphone. In doing so, they are missing out on some of the important, useful, and convenient updates to new versions that are available to their devices. Often, after an update, the smartphone becomes completely different. For example, when moving to Android 11 for Samsung or Android 10 for Huawei in due time. I will tell you how to check the version of the operating system on your smartphone, how to find out if there is an update, and how to download it and update android version in order to enjoy all the benefits of the new software.

The version of Android installed on your smartphone can be viewed in the settings. To do this, you need to open them, scroll down the list to the bottom, and find the ” System ” item. Next, select ” Advanced Settings,” open ” System Update,” and it’s almost done. It remains to open the “Android version” item and see all the information about what the smartphone is currently running under.

On some smartphones, the path will be slightly different. For example, on Samsung you will need to open the settings and select the item ” Phone information ” or ” About device ” – the name may differ depending on the model. Next, open ” Software Information ” and then ” Android Version “.

Finding the version number is sometimes useful when you are selling a phone and do not know what to include in the description. Or when you find out that there is a new function in a particular version and do not know whether to look for it or not. Experienced users can tell by the appearance of the interface which Android it is, but ordinary users have to act a little differently and check everything in the settings.

How to launch an embedded Android game

Also, finding out the Android version can help those who want to launch the Easter eggs built into this particular version. I have already told you what Easter eggs were in each previously released version of Android and how to start them, but I will repeat it again. To start the built-in game, you need to click on the “Android version” field several times, which can be found along the path described above.

hen you will need to solve the riddle and the game will start. The answer can be found on the Internet. Usually you need to collect something, guess something or move something.

How to start developer mode on Android

With the developer mode, the situation is similar to starting an Easter egg, only a few times you need to quickly click not on ” Android version “, but on ” Build number“. You have activated the developer mode, which you can go to from the smartphone settings. It appears in various places, but usually it is something in the System section or so. You can find it by searching for the settings.

You can also take the help of Iot Hidden Menu for easy access to the developer mode of your smartphone.

However, if you do not have a clear understanding of what you want to change and why you need it, then it is better not to touch this item. Even if you don’t break your phone , you can accidentally activate some function or interface element that you don’t like, and you won’t know how to turn it off. They often turn to me with similar questions, saying that “it has become so“.

How to update Android version

In order to update the Android version, if it is supported by your smartphone, you need to do the following.

Open the phone settings and scroll down to the “System” item . Then select “Additional settings” and then “System update“. Then the update will already be downloaded and you just need to install it by clicking the button, or you will need to click “Check for Updates“. If there is a supported version for your device, you will be offered it, and if not, then you will not be able to do anything about it except installing custom firmware, but this is a large and difficult process for a beginner.

How to install a security update on Android

To update the security, you need to select the ” Security ” item in the settings and then click ” Security update. “ All that remains is to follow the instructions on the screen to complete the process.

How to update Google Play services

The procedure will be approximately the same as in the previous paragraph, with one small exception. In the ” Security ” section, select ” Google Play System Update “. After that, again follow the prompts on the screen and, if an update is available, download it.

That’s all, In this article, I covered all the things related to the Android version update and the current android version on your phone. If you still have any questions in your mind, please feel free to ping us in the comment section.

Don’t forget to share this article with your friends so they can also update their Android version and enjoy great functionality.

What Is Peel Remote and How to Uninstall it